If the fish could decide

Octopus is a revolutionary new concept for profitable, eco-friendly fish farming, based on jack-up with retractable cages. 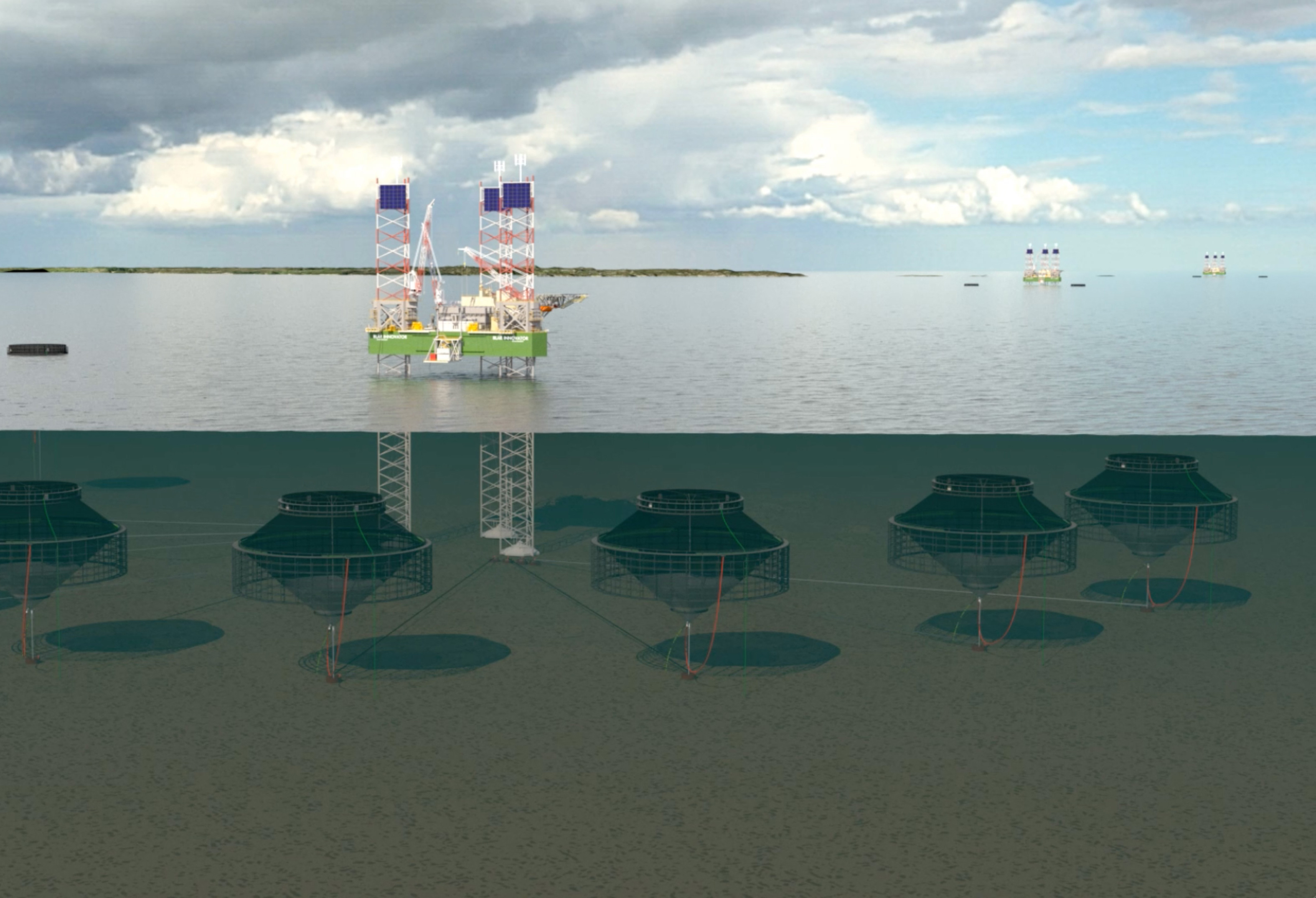 The inventive ocean farm concept called “Octopus”is using a jack-up as a base of command and logistics with brilliant-shaped net-pens to solve the challenges at exposed sites and provide sustainable fish farming with increased fish welfare. 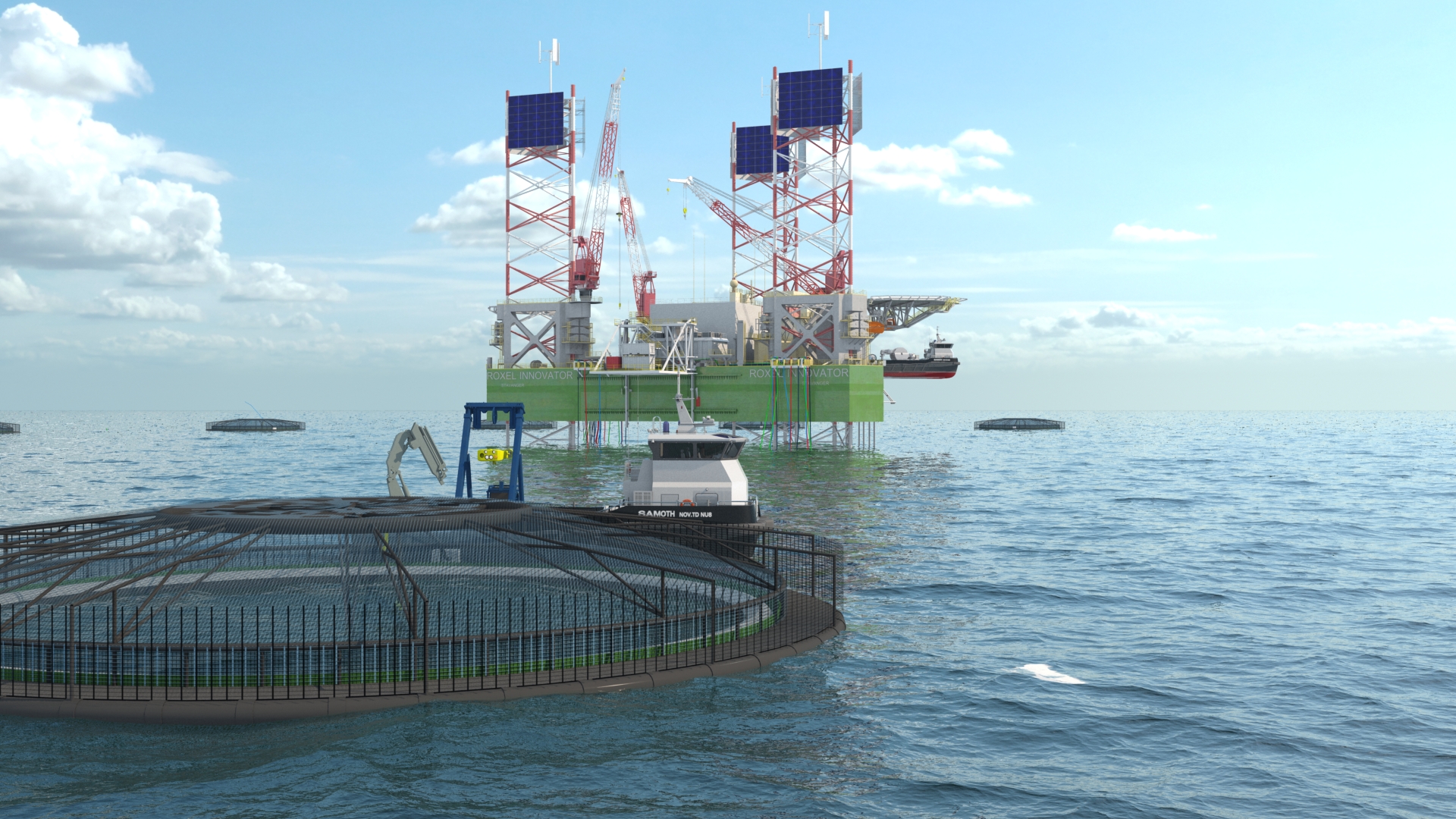 The net-pens are being developed to withstand 15m Hs and a strong current of 1m/s and can thus be located in exposed / offshore areas throughout the whole world. They can be pulled down below the typical highest current at the surface and the depth can be optimised for fish welfare.

In general, fish welfare is likely to be improved by moving the ocean farms out of the fjords, with a reduction in salmon louse, better temperature profiles both at winter and summer and making the salmon production more sustainable with a large spread of by-products as the currents are higher.

A jack- up platform is a moveable rig with legs that can be jacked-up for transport and jacked down when it is situated at the sea bed. Typically, it will rest at 100-120m depth, and withstand waves of 15m Hs. It typically has accommodation for 100+ people, helideck, plenty of deck space, large structural deck capacity, cranes with large capacity. A jack-up rig is thus an excellent base for fish farming in the ocean.

A retractable net-pen has many advantages. It can be pulled down when there is a risk of salmon lice and in severe storms or high currents. Not only will the net-pens be intact, but also the fish welfare will be maintained. In addition, the net-pen can be pulled down in case of flotsam or drifting ships or for the optimised welfare and growth of the fish by utilising eg. the ideal temperature, current, oxygen levels in the sea.

The net-pen developed utilized in the Octopus is shaped as a «brilliant», a cut for diamonds and other gemstones. It is equipped with a double-net for escapement safety and has an integrated dead-fish collector connected with a suction hose to the rig. It will also be equipped with 2-3 quays (onto the robust middle ring) for well-boats. It requires less mooring than traditional net-pens, reducing risk for damage of net-pen at well-boat arrival.

It is also collapsible which greatly enhances installation, maintenance and replacement. Furthermore, it has feed spreaders above and below water for optimal fish welfare. In general, the innovative net-pen is suitable for better fish welfare, simpler operations with less risk for humans and will be more escapement safe than traditional net-pens